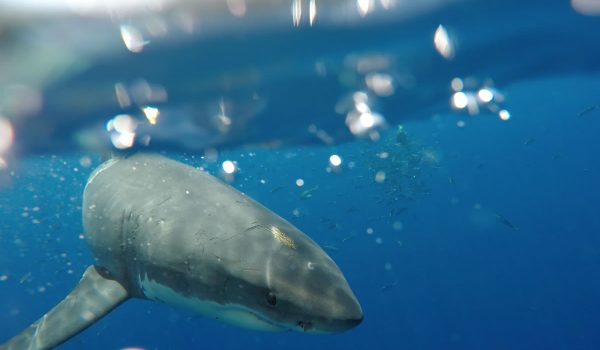 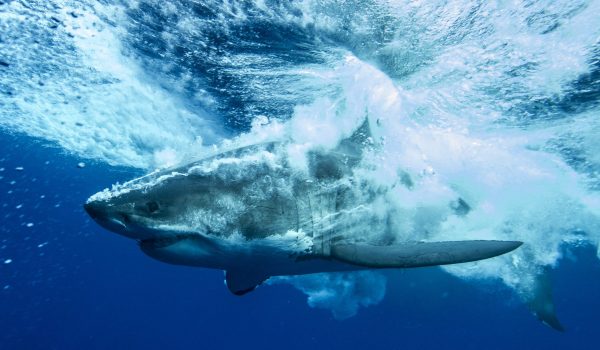 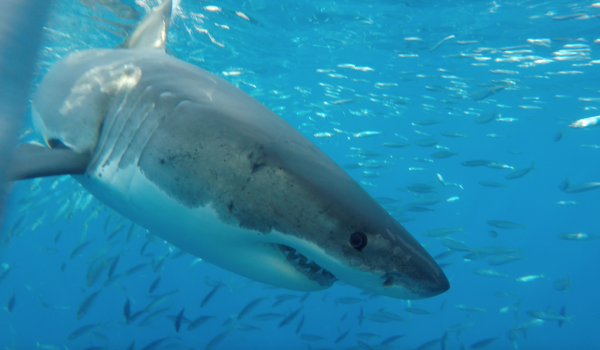 White Shark Cage Diving at Guadalupe Island Cage diving with great white sharks has become a global phenomenon. Divers come from around the globe to California to join America’s Shark Boat to Guadalupe island where white sharks group and forage around Guadalupe Island from June through to November every year. Unlike other well known sites […] 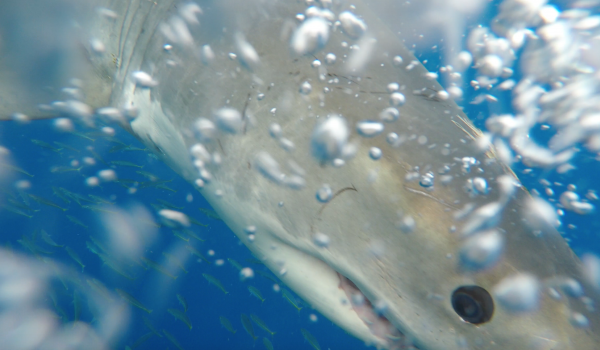 Great White Shark Info | Guadalupe Island The white shark is a solitary predator that can grow to over 20′ in length, but averages 12-16 feet and weighs about 4000 pounds. Larger great whites have been recorded up to 23′ and other evidence shows they could grow as large as 26′ in some parts of […]

Great White Shark Cage Diving on Baja California’s Pacific Coast Mexico’s Baja peninsula is blessed with some of the best scuba diving in the world and yet it remains a relative unknown on the lists of major dive destinations. With the Pacific Ocean to its west and the Sea of Cortez (aka the Gulf of California) to its east, […] 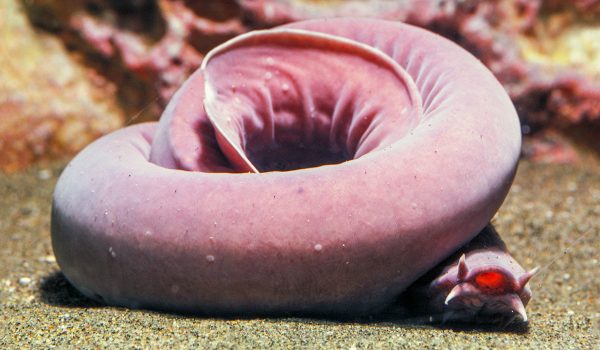 Shark vs Hagfish vs Grouper | Video

Shark vs Hagfish vs Grouper | Video The good folks at NZ Chapman University have published new research showing how hagfishes survive an initial attack from predators like sharks (see video) before they release large volumes of slime to defend themselves. Because the slime is released after they are attacked, this defense strategy is only […] 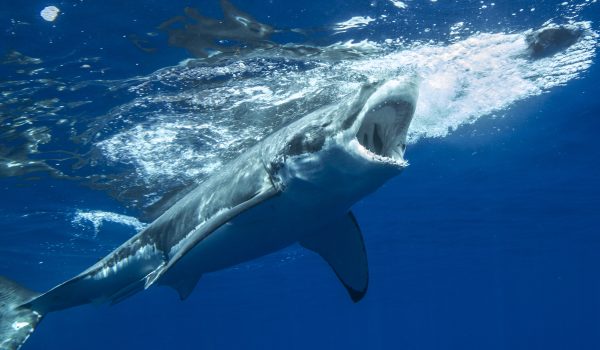 Guadalupe Island, Mexico | Shark Cage Diving For Everyone America’s Shark Boat allows anyone to cage dive with great whites in crystal-clear water the color of peppermint mouthwash — allowing you to see the sharks approaching from very far away — there’s no place like Mexico’s Guadalupe Island. With sparse vegetation and curtains of fog that […]

The BEST Place to Dive With Great White Sharks | Guadalupe

Guadalupe Island Shark Cage Diving The unique volcanic island of Guadalupe and its dive sites normally have 30 metres visibility, often multiple great white sharks sharks per dive and enjoys pristine water conditions on 98% of your divers; it is nothing short of great white shark heaven! Your adventure begins in San Diego, where you’ll join America’s Shark […] 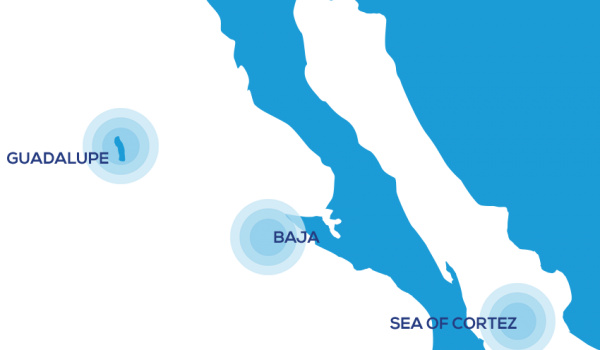 The colour not to wear when shark diving?

Despite the public fear of sharks, shark attacks are extremely rare. There were 84 confirmed cases of unprovoked shark attacks worldwide on humans in 2016, according to the International Shark Attack File. Diving with sharks continues to be popular and a highly sought-after activity at premier dive destinations around the globe. Whilst the risk of […] 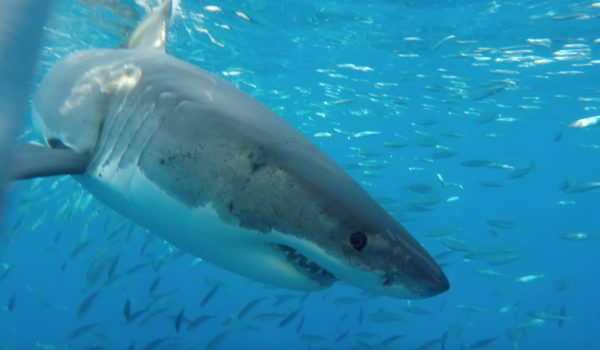 Best Place to Cage Dive With Great White Sharks | Guadalupe Island At Guadalupe Island America’s Shark Boat thrills divers as great white sharks swims slowly past your cage, your heart feels as if it’s up near my tonsils your head is light, and your breathing is fast – welcome to cage diving with the […]