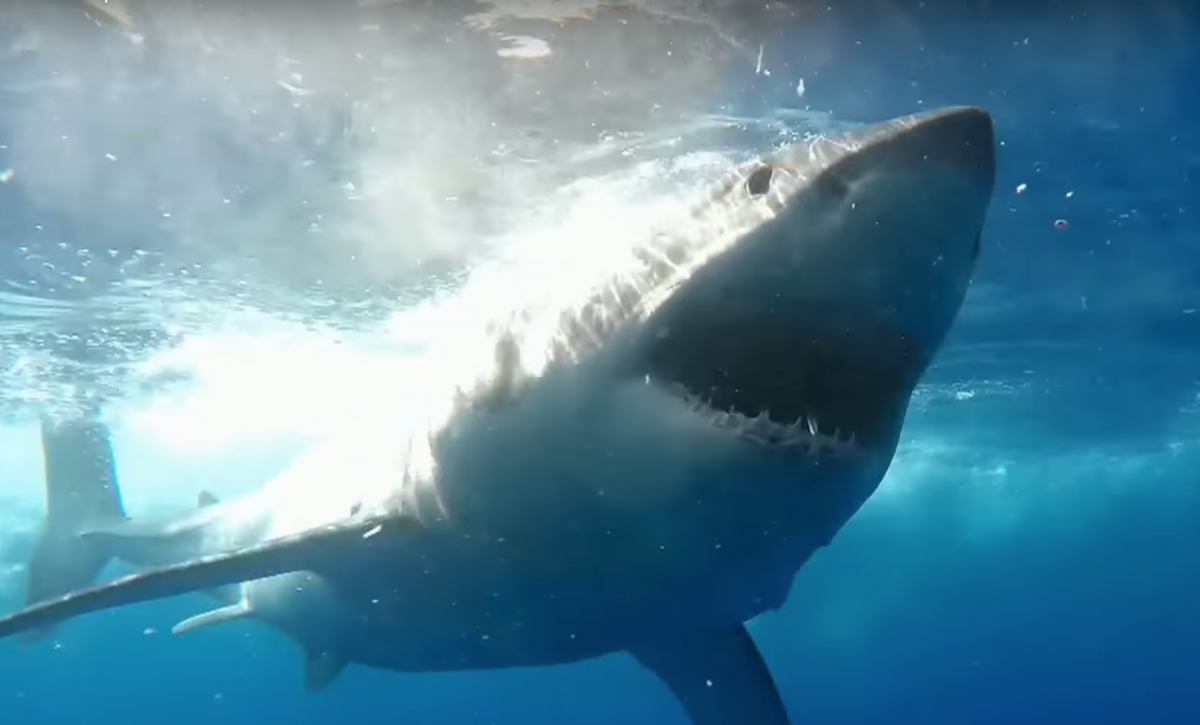 America’s Shark Boat is on Shark Week (our 10th shark show) and here’s the BEST two shows of the season starting August 1st:

Over 100 miles off the coast of Baja, Calif., Guadalupe Island is a notorious hot-spot discovered by the MV Horizon in 2000 for great white sharks. Here to target the abundant seal population, great whites are silent hunters, stalking their prey and killing with a surprise attack. But the waters surrounding Guadalupe Island are crystal clear. So how do they do it? At other white shark hot spots around the world there is always a kill zone – a place where more predation events occur. But here in Guadalupe, an attack has never been witnessed. Now, a team of experts led by Dr. Yannis Papastamatiou and Melissa Marquez, are setting out to record never-before-seen white shark hunting behaviors.

One of Shark Week’s most exciting missions over the years has been the search for Granders, the largest makos in the world with the crew of the MV Horizon. Joe Romeiro and Keith Poe revisit the most exciting events and discoveries from “Monster Mako” and “Return of the Monster Mako” all leading up to brand new footage captured off the coast of California of rare Mako behavior.

Shark Week is about to kick off on the Discovery Channel, bringing everyone’s favorite oceanic predator back on the small screen. While sharks look menacing, they are beautiful creatures often misunderstood by those who do not study them every day. With that in mind, it’s time to take a dive into some fascinating shark facts to know with your own Shark Week cage diving expedition at Guadalupe Island July-November. Book your trip today!