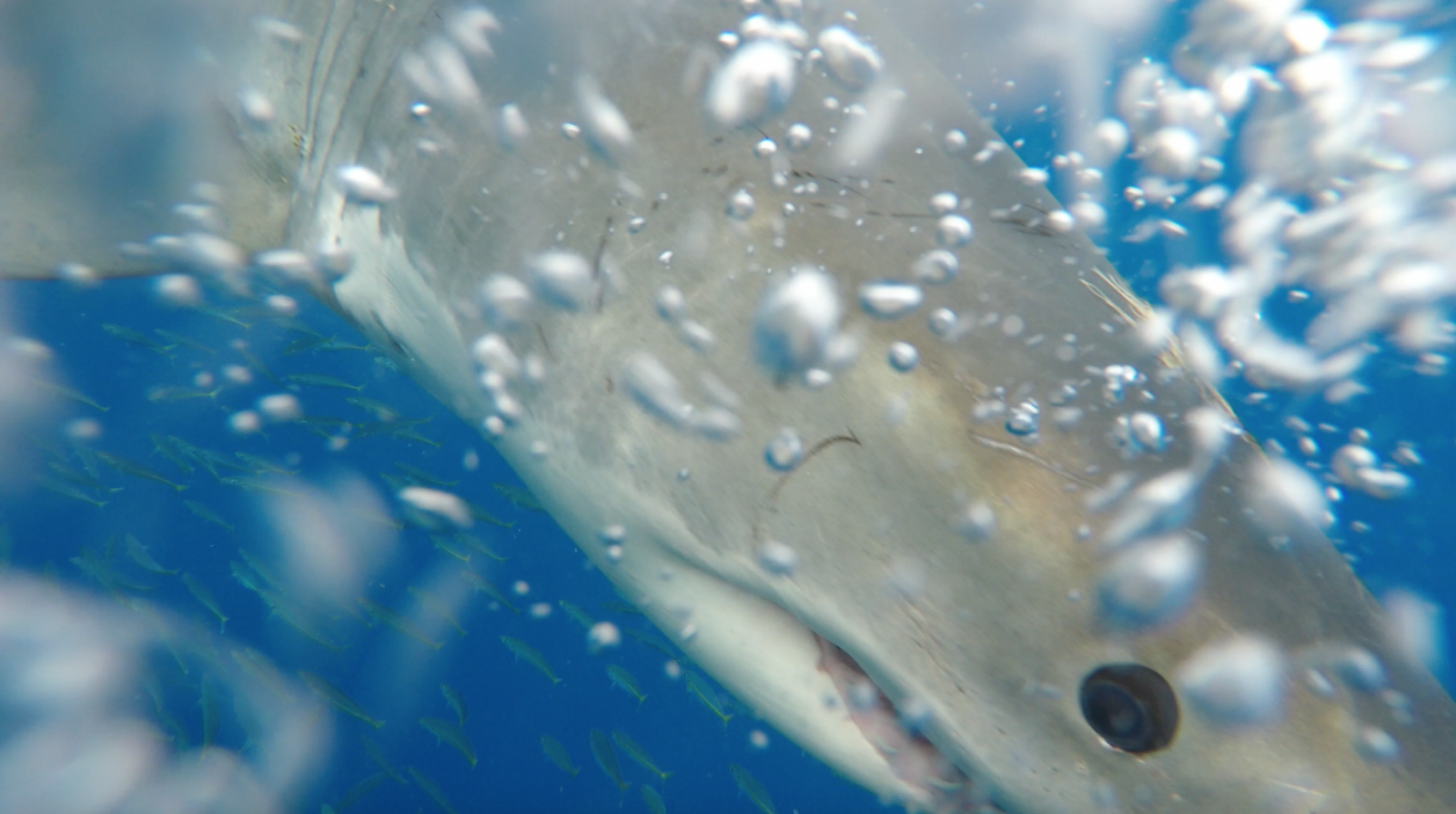 It’s a shark question we get from our sharks divers at Guadalupe Island how fast can a shark swim? This question may also pop into your mind as you watch a shark video, or more urgently if you are swimming or shark diving and think you may have spotted a fin circling you. If you are fishing, you may wonder whether the shark will be able to outpace your boat.

Sharks are built for bursts of speed as they attack their prey, much like lions and tigers on land. They need to be able to swim fast enough to pursue their prey for short distances, then make the lunge for the kill. The speed of a shark also depends on the species. Smaller, streamlined species are capable of higher speeds than larger, bulkier sharks like the great white shark.

SWIMMING SPEED OF THE AVERAGE SHARK AT GUADALUPE ISLAND

The general rule of thumb is that great white sharks can cruise at about 5 mph (8 kph), the speed of the fastest Olympic swimmer. If you’re just a good swimmer, they have you beat. But often they are swimming around at a slower speed of about 1.5 mph (2.4 kph). But sharks can swim much faster when they are attacking, about 12 mph or 20 kph, the speed of a running human on land. You’re not going to be able to swim away fast enough, you’d need a boat or jet ski or some other equipment. At Guadalupe Island white sharks often use impressive speeds to ambush Elephant seals.

In a race among the sharks, the shortfin mako shark (Isurus oxyrinchus) would be the winner. The robust, streamlined shortfin mako shark is reported to have been clocked at 31 mph (50 kph), although some sources say it can reach up to 60 mph. This may be because it is capable of chasing even quicker fish, the sailfish and swordfish, which can reach speeds over 60 mph (when leaping). The mako can also perform giant leaps of up to 20 feet out of the water.

Researchers in New Zealand found that a young mako could accelerate from a dead stop to 100 feet in just two seconds, which would have made its speed in that lunge over 60 mph.

Shortfin makos and great white sharks are able to conserve their metabolic heat, so they are not completely cold-blooded. This may help their swimming ability. Luckily, the mako is rarely encountered by swimmers and divers as it normally lives far offshore, but rarely they attack boats when hooked.

SWIMMING SPEEDS OF SHARKS BY SPECIES

The clear winner of the oceans fastest shark award goes to the Mako shark – for now. There’s a lot we still don’t know about all the sharks in the ocean, but with observation by researchers, shark film and tv crews, and shark cage divers we’re learning more about our toothy friends every day. Let’s go cage diving at Guadalupe Island and find out!