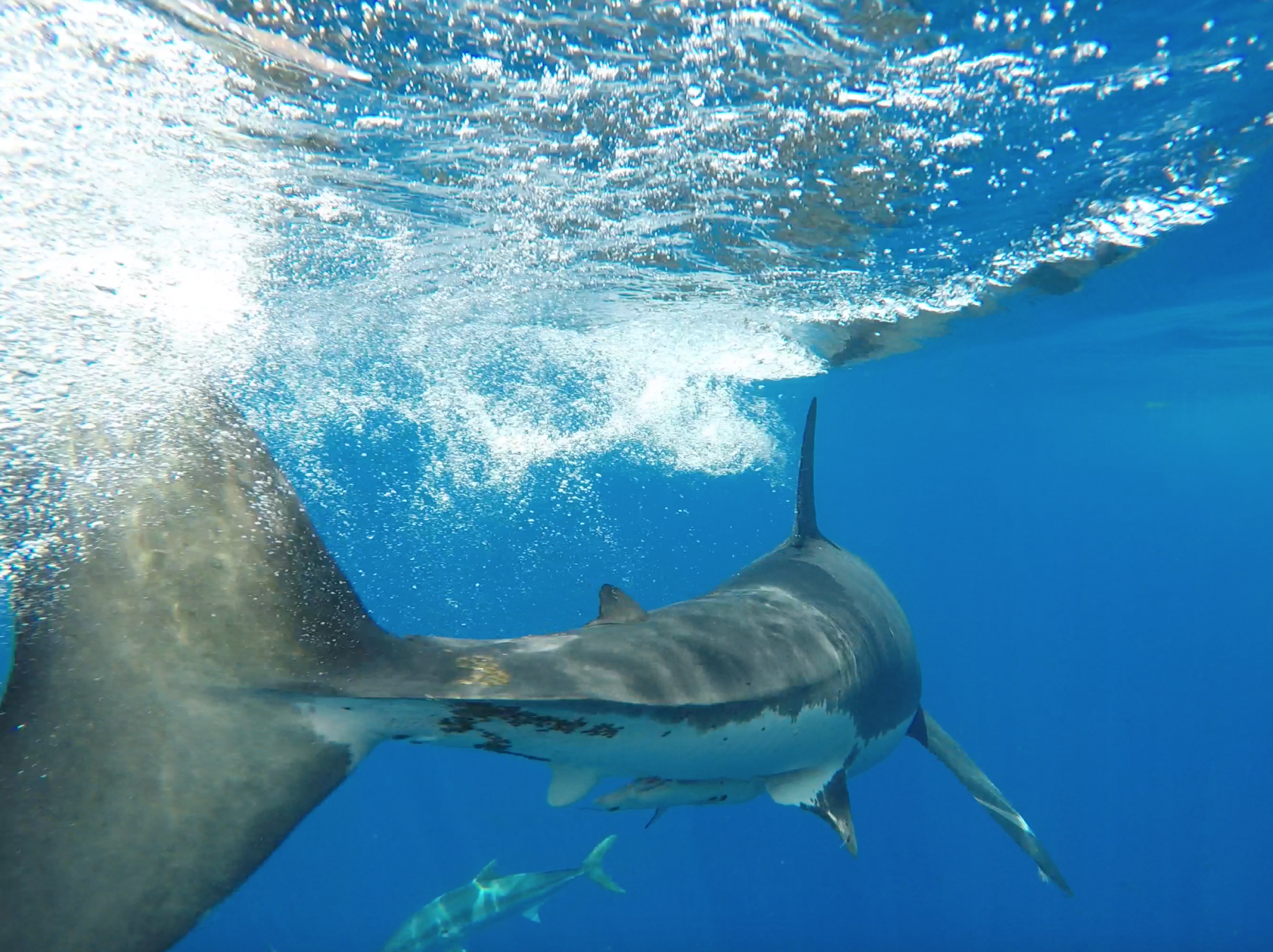 America’s Shark Boat offers unique dive sites off the California coast and Mexico that feature some of the BEST shark diving species such as blue, mako, and great white sharks. Shark diving in California puts divers and non divers face-to-face with our own marine serengeti – filled with sharks. On your next visit to California swing by San Diego and discover the exciting world sharks, cage diving, and shark encounters that will last a lifetime. Let’s dive!

Guadalupe Island Shark Diving on a Budget from California

As great white shark diving grows in popularity, more and more Americans, Europeans, film and tv crews, and shark researchers are flocking to Guadalupe Island, bypassing traditional shark diving hotspots like South Africa or Australia because they are so cost prohibitive. But for budget shark divers Guadalupe is becoming rather expensive to see and cage dive with great white sharks. America’s Shark Boat features guaranteed best shark cage diving pricing from the USA (no busses into Mexico) and the same experience with sharks as all the other shark boats in the fleet – offering great white shark cage diving for a lot more.

At Guadalupe Island with our liveaboard from San Diego, California white shark cage diving is done from a cage where you are given a surface supplied regulator and all your dive gear. You only descend about 10 feet, so you’re in an extremely controlled environment. America’s Shark Boat specializes in taking non certified divers into the wild world of great white sharks. Since 2000 we have been creating safe encounters for divers and non divers alike.

Great white sharks can be as large as 20 feet long, weigh an upward of 5,000 pounds, and live for 30 years. There are ways to dive with 18-foot-long Great Whites, the size of small station wagons and at Guadalupe you may encounter a female white shark we named Deep Blue in 2015. Deep Blue is 20 feet long and estimated to weigh 4000lbs and your best chances of encountering her is during the late shark diving season at Guadalupe Island. August through October is peak season for seeing great whites and few places on the globe are as prime a destination as Guadalupe Island for adrenaline junkies on a budget.

Join America’s Shark Boat in 2019/2020 from San Diego, California and save with our guaranteed shark diving pricing. We’ll BEAT any price online. You could pay more to see great white sharks, but why would you want to? Let’s dive!