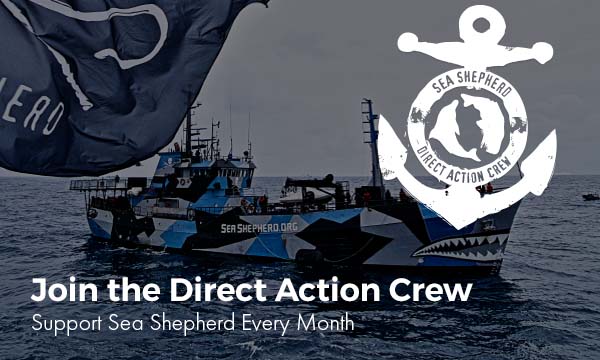 A fleet of Japanese ships is currently hunting minke whales in the Southern Ocean. It is a politically incendiary practice: the waters around Antarctica were long ago declared a whale sanctuary, but the designation has not halted Japan’s whalers, who are continuing a tradition of catching whales “for scientific research” in the region.

Sea Shepherd to The Rescue?

In the past, conservation groups such as Sea Shepherd have mounted campaigns of harassment and successfully blocked Japan’s ships from killing whales. But not this year. Despite previous successes, Sea Shepherd says it can no longer frustrate Japan’s whalers because their boats now carry hardware supplied from military sources, making the fleet highly elusive and almost impossible to track. As a result the whalers are – for the first time – being given a free run to kill minke in the Southern Ocean.

Originally Japan set out to catch more than 900 minkes every year, as well as 50 humpbacks and 50 fin whales. However, its fleet was rarely able to reach these quotas because of actions by groups like Sea Shepherd. “We physically got in between the whalers and the whales and stopped the latter being killed,” said Hammarstedt. “One year we stopped Japan getting all but 10% of its quota. Their ships were nearly empty when they got back home.”

Then, a few years ago, the International Court of Justice – at the instigation of Australia and New Zealand – ruled that the country’s whaling plan had no scientific basis. Japan was forced to halt whale hunting and had to come back with a plan to carry out “scientific whaling” in the region. This now involves catching only 330 minkes, and no humpbacks or fin whales. It was an important victory for conservationists.

There are other issues. Shinzo Abe, the Japanese prime minister, is a conservative and a nationalist, and is opposed to giving way to other nations over traditional issues, say observers. They point out that Abe has tried to turn the catching of whales into a nationalist concern by claiming it is a cultural topic unique to Japan and should be given special international status.

The ministry of fisheries in Japan is also very powerful and the Institute of Cetacean Research, which carries out the “scientific whaling” in the Southern Ocean, is part of that ministry. “Its bureaucrats are very senior and very influential,” added Hammarstedt. “They tend to get their way.