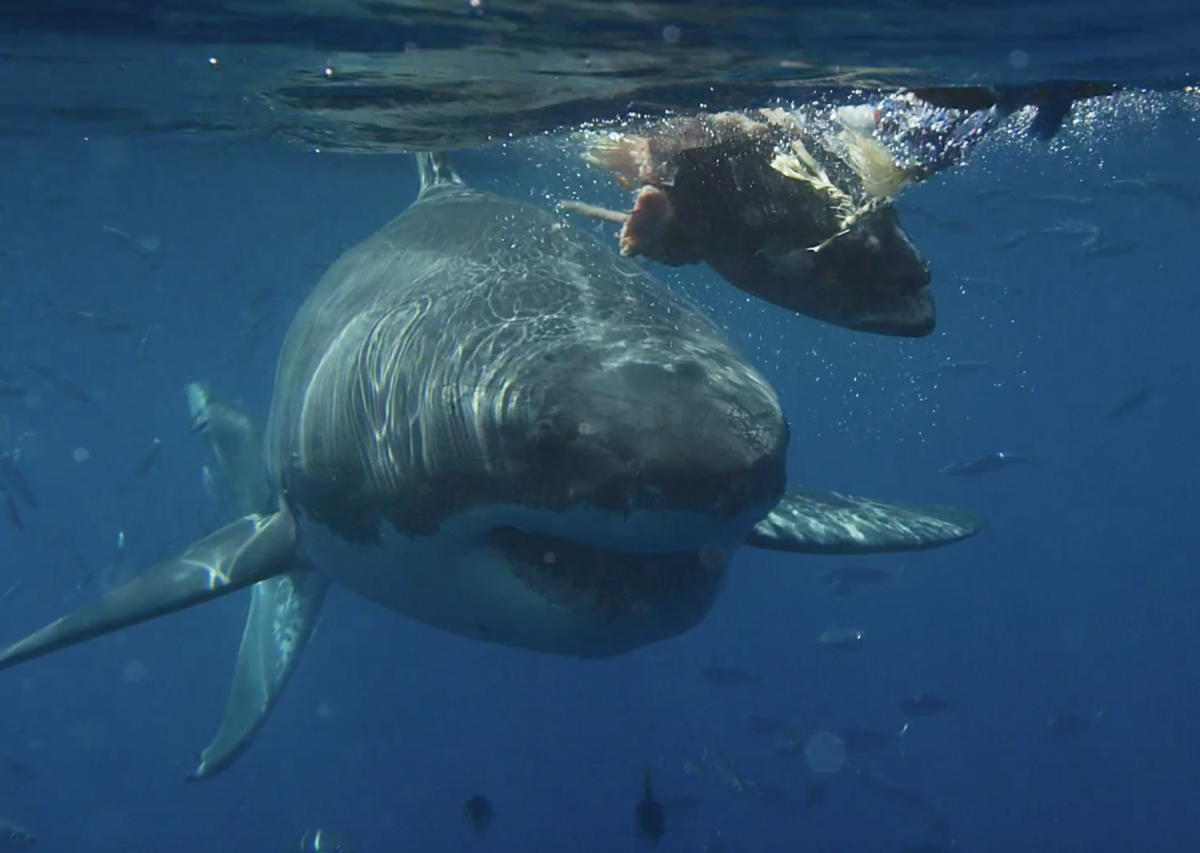 About Guadalupe Island a Mexico BioSphere

Guadalupe Island is located some 210 miles off San Diego, Ca. great white sharks join us each season in huge numbers during the fall months of August through December feed on the local population of three different species of seals living on the island. During the later months in November we occasionally see one of these incredible predation events during the Time of the Titans when the largest great whites patrol the island.

About Cage Diving at Guadalupe Island

Shark cage diving encounters with the great white sharks at Guadalupe Island are considered the best in the world because of the high numbers of sharks here. The waters around the Guadalupe boast excellent visibility up to 150 feet on most days.

Cage diving is what we do at Guadalupe, no out of cage encounters are allowed or even recommended. Shark divers rotate in and out of safe shark cages that are accessed via the diving decks and air is supplied to the divers via a hookah-system with a compressor on-board. This also allows non-divers to be able to get into the shark cages and experience great white sharks in person safely. America’s Shark Boat does not deploy smaller submersible cages as recent unfortunate events have shown these cages are not safe for shark divers or sharks at Guadalupe Island. While the submersible cages provide a completely different perspective to great white shark diving we feel the death of even one shark should be enough for operators to ban this practice at Guadalupe Island.

How Can I Go Shark Diving?

Shark cage diving expeditions with white sharks to Guadalupe Island depart and return to San Diego, Ca, on the Pacific coast. The best season to dive at Guadalupe is late summer from August through December. Average air temperatures are very warm in the 90’s to high 70’s. The sea conditions tend to be relatively calm, but there can be swell which comes in from the open Pacific Ocean. You’re next bucket list cage diving adventure begins here, book today and change your entire way of seeing sharks forever!