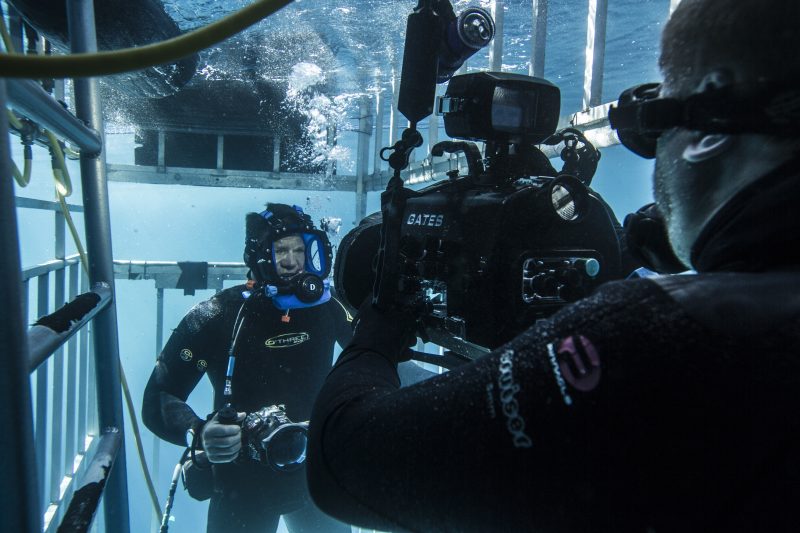 America’s Shark Boat is excited to announce several shark diving research cage diving expeditions in 2019. This is your chance to meet the stars of Shark Week and participate in shark research and shark conservation at Guadalupe Island!

Shark research is ongoing at Guadalupe Island, and this year we’ll be hosting Shark Weeks Dr. Craig O’Connell. You know him from Jungle Sharks, Sharks Among Us, Shark Island, Ninja Sharks and Great White Invasion to name a few fintastic shark programs. Dr O’Connell will be with us to share his knowledge of white sharks and shark research on:

We’ll also be hosting Shark Weeks Dr. Chris Lowe from Cal State Labs. We have worked with Dr. Lowe on may projects at Guadalupe Island, and this year he and his team will be back to unveil an exciting and groundbreaking project for the great white sharks:

In 2003 we initiated the CICIMAR/U.C Davis white shark tagging and research program at Isla Guadalupe with a young graduate student Mauricio Hoyos. Today, almost 15 years later, Dr Maurico Hoyos leads International teams of shark researchers to this unique destination to tag and study the lives of great white sharks in the Pacific. Our crew has been involved in many of these white shark projects including the groundbreaking REMUS Woods Hole Oceanographic autonomous drone study that showed, for the first time, actual deep water predation by great white sharks. Shark tagging at Guadalupe Island has shown symbiotic relationships with seals in the region, and long distance migrations by some of our larger females as far away as the Oregon coast!

Additionally, we have been involved from the early inception of the Marine CSI white shark photo identification book and SPOT tagging efforts. Many of the Guadalupe Island white sharks (Carcharodon carcharias) named in the book were named by our divers and crews since 2003. On your next cage diving adventure at Guadalupe Island with us you’ll meet these research teams and get to know the secret lives of sharks at Guadalupe Island. Let’s dive!

Book your Guadalupe Island white shark cage diving expeditions with us for less this year!