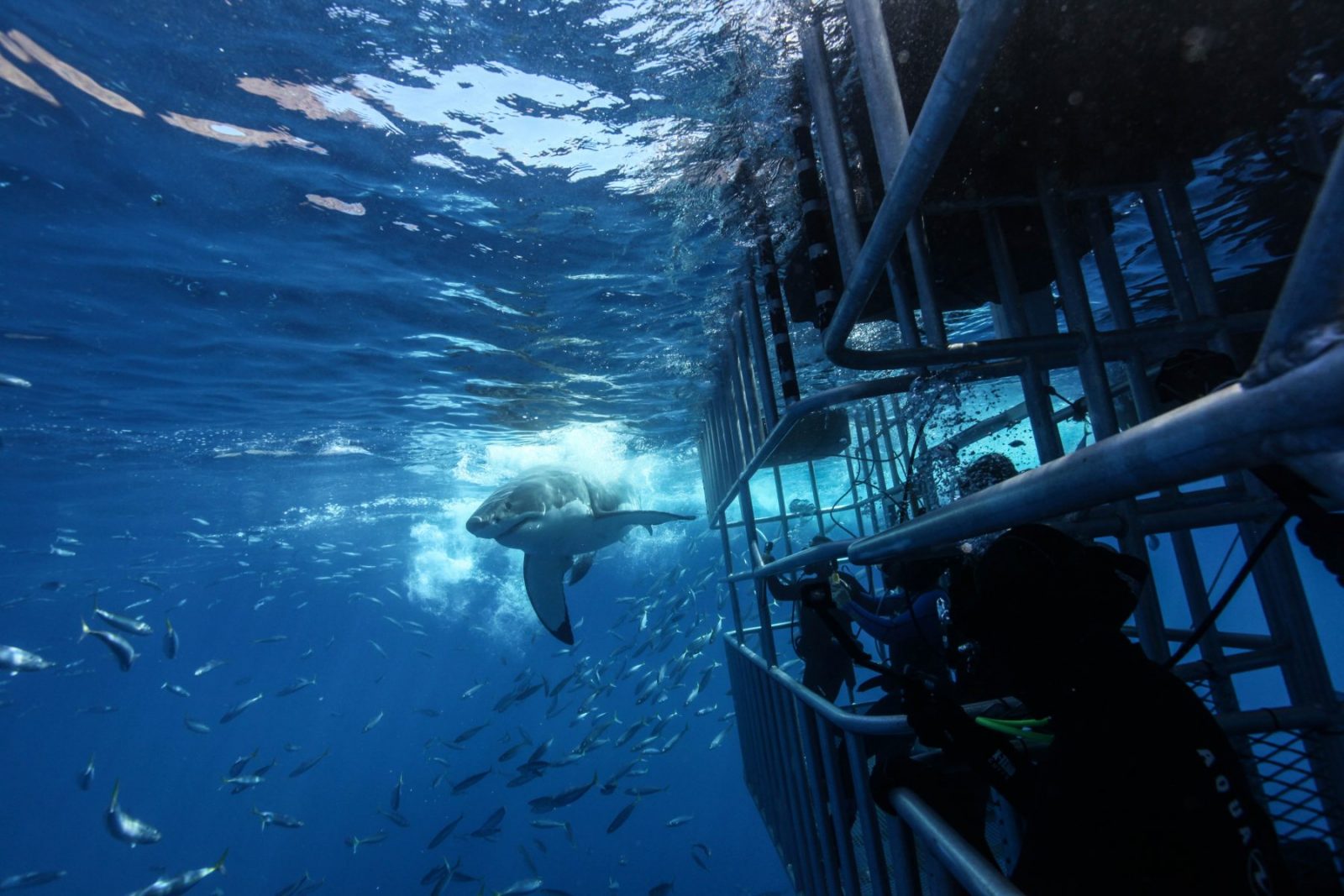 Top of The Bucket List!
5 Star Review Tripadvisor
Horizon Charters
This Guadalupe Island shark trip exceeded our expectations! Sharks, sharks and more sharks! Excellent accommodations, awesome food, and extraordinary crew!
Shark education and preservation was the top priority! We witnessed the beauty of these animals both above and below the water. Dive area was beautiful, clean and the entire trip was unbelievable.
Highly recommended for a novice or seasoned diver. Lalo was great and was very patient with the 1 novice diver. (me!) The crew: Captain Spencer, Captain Cary, Patrick and Ryan were awesome! Laura and Shea – food was wonderful!
Thank you for a memorable experience!
-Debbie

During the Guadalupe cage diving season, there are two important periods. From July to August, very active juvenile males frequent the island. Huge females arrive around at the end of summer and stay until mid November. The island is a mating hotspot for Great White sharks, and there have even been some baby sharks observed in recent years.

Time of the Titans Cage Diving

Mature females can often be seen around the island sporting gruesome bite marks and other scratches. This can be a result of the violent mating rituals ofGreat Whites, but unfortunately also from being hit by boats and props. To reproduce, males must hold onto the female by biting the area around the gills and pectoral fins.

One of the major reasons Guadalupe island is a beacon to a large number of Great White sharks is the Guadalupe Fur Seal. One of six fur seal species in the world, this shark food source was once pushed close to extinction by commercial sealers in the 19th Century. Luckily, the fur seal population has since recovered to numbers in excess of 10,000.

The island of Guadalupe has an elongated shape and was originally formed by two overlapping shield volcanoes. Today, the island features a rugged landscape and reaches an elevation of 1,298m at Mount Augusta. Although extremely remote, Guadalupe island does have a human population of just over 200 individuals. These inhabitants are mostly abalone and lobster fishermen who survive thanks to generators and a military vessel, which provides 30,000 liters of fresh water annually.

There is also a shark research station on the island that provides invaluable data on the ocean’s most fearsome predator. Book today!