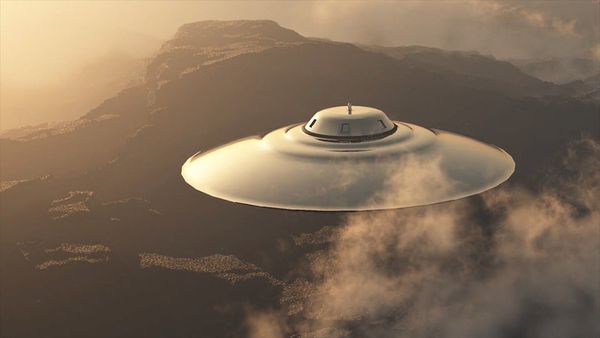 Guadalupe island is part of nearly a dozen incidents of unexplained aerial phenomena that appeared off the coast of Southern California and Baja California, Mexico. In 2004 sightings reported by pilots and radar operators of the USS Nimitz Carrier Strike Group during a weeklong incident that included sightings by local Mexican fishermen and pilots near Guadalupe island, 210 miles off the Baja California coast. The location corresponds to the latitude and longitude identified by a senior radar operator in the Nimitz group as the spot where the UFOs his team were tracking fell off the radar. The U.S. Navy conducts training exercises off the Southern California coast, and Guadalupe Island is home to a Mexican military weather station….and white shark cage diving.

Mexican commercial pilot Adrian Ojeda who makes his living spotting bluefin tuna for fishermen between the Baja coast and Guadalupe island has been flying over these waters for eighteen years. He claims he saw a UFO on January 30th, 2015, 23 miles south of Ensenada around 3pm and just 20 miles northeast of where the Nimitz F/A-18 pilots encountered the Tic Tac UFO in 2004.

According to him Baja, California, peninsula is known across Mexico as a UFO hotspot with local fisherman who have seen strange luminescent objects over the Pacific ocean. As far back as 2009, the Pacific Ocean off Baja, California was identified by a UFO Pentagon program as part of a global pattern of UFO hotspots.

While seemingly far fetched, until last week we had no idea Guadalupe island was also a known UFO hotspot. Maybe our sharky friends are UFO guardians of secret bases on this volcanic rock 210 miles from San Diego?

The US Navy has finally acknowledged footage purported to show UFOs hurtling through the air. And while officials said they don’t know what the objects are, they’re not indulging any hints either.

The objects seen in three clips of declassified military footage are “unidentified aerial phenomena,” Navy spokesperson Joe Gradisher confirmed. The clips, released between December 2017 and March 2018 by To The Stars Academy of Arts & Sciences, appear to show fast-moving, oblong objects captured by advanced infrared sensors.
In footage from 2004, sensors lock on a target as it flies before it accelerates out of the left side of the frame, too quickly for the sensors to relocate it. #UFO