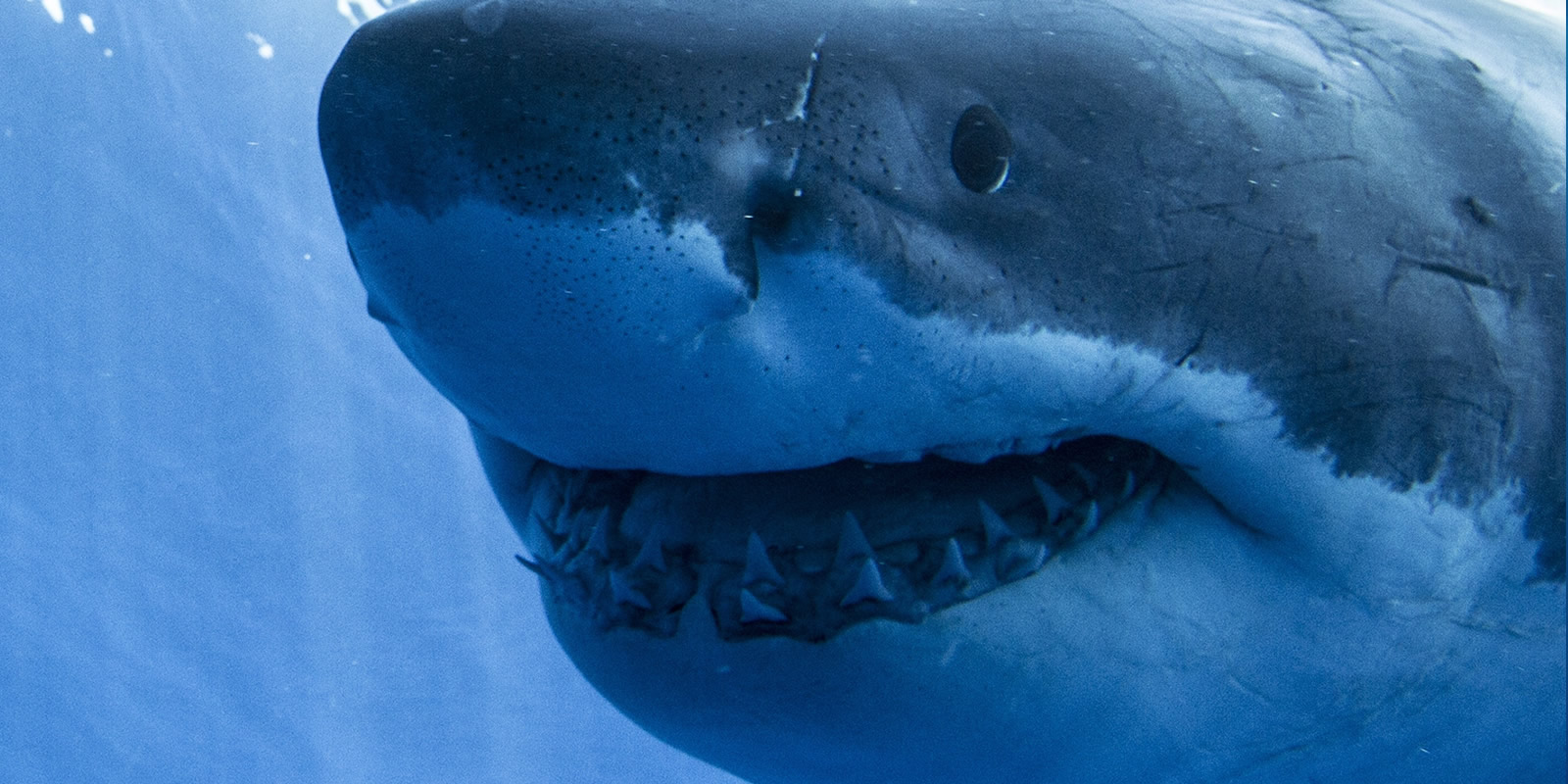 Resident shark diver, and Horizon Charters special guest, Kinga Phillips, wrote the definitive story of the only known shark attack by the great white shark at Guadalupe Island in, The Spearfishing Prodigy, the Great White Shark and Redemption.

In the 60s and 70s, Al Schneppershoff Sr was a San Diego resident master spearfishing champion with eyes towards Guadalupe Island long considered the wildest most untamed location for giant Bluefin tuna weighing in at close to 1000 pounds. For spearfishermen of the age this was the Everest of Spearfishing.  In September of 1973 Al Schneppershoff Jr, and his son along with a few other intrepid divers made the journey to Guadalupe Island and into history with the only recorded (and sadly fatal) white shark attack on a human at this unique location.

Al Schneppershoff was one of the most respected blue-water spearfishermen, freedivers and all around watermen in the world. He, and the men who came in the few decades before him, are considered the founding father of the sport in American waters.

In the 1960s and 70s Al, a big man with an uncanny stamina for diving and stalking fish, was at the top of his game. He was the LeBron James of the sport. An MVP, always first in the water and last to leave…and he always got the prize … the biggest fish. He swept competitions like polished tile floors and pulled up game that made Loch Ness sound a little more plausible.

Al loved to make people happy, and he wanted nothing more than to share his passion for salty water and hunting fish. But this story isn’t entirely about Al Schneppershoff Sr., it’s about his son, Al Schneppershoff Jr. … an equally talented waterman who learned to dive before he learned to ride a bike, followed in this father’s watery footsteps, became a respected spearfishing guide and ocean enthusiast.

What makes this story particularly fascinating is the human capacity to overcome loss and find passion, redemption, and joy in place of fear, anger, and pity.

“MAN ATTACKED AND KILLED BY GREAT WHITE SHARK,” was the Los Angeles Times headline in September of 1973.

On September 9, 1973, Al Schneppershoff, 37 at the time, was spearfishing for tuna off Mexico’s Guadalupe Island. It was late afternoon, and Al was alone in the deep blue as his son watched from the boat. The waters around Guadalupe Island are 200 feet deep and full of life. They attract predators of many kinds, not just the two-legged, breath-holding men who have to don wetsuits to share the space with the more adept and native ones. Just below the surface, a white shark, hunting in its natural habitat, mistook Al for a meal … or maybe for competition. It bit into his leg, and its razor sharp teeth inflicted instant irreparable damage. The shark, immediately realizing its mistake, vanished back into the depths, but humans are foreigners to this sometimes violent world, and our soft bodies are not designed to avoid or withstand the investigative bite of a toothy fish that can be 18 feet long with the girth of a mini cooper. The shark wanted a tuna, not a man, but the man paid the price for the aberration.

Al surfaced and yelled the word that every waterman dreads hearing when there is a tinge of panic associated with it, “Shark!” His son, Al Junior, who was nine at the time ran to the back of the boat for help. Al yelled one final word, knowing he had been hit and his blood was draining through a severed femoral artery in his leg,”Tourniquet!” The crew pulled him onboard, but the blood loss was too severe. An adult male has between four to six liters of blood, and the heart pumps about five to seven liter per minute. The math on that isn’t promising when the main circuitry is severed, and blood pours out of the body instead of circulating within. When Al was pulled on board, he was already unconscious. Minutes later he was gone. Al Junior remembers little of the trip back to San Diego, 150 miles of open ocean. On the big boats, we take now that trip is 18 hours in good conditions. It took them 24. Al Junior has never been back to Guadalupe.

A lot has changed since 1971 and the only recorded white shark attack on a human at Guadalupe Island. Today we specialize in taking non certified divers, or first time shark divers, into the exciting world of great white sharks (Carcharodon carcharias). Dive with us and discover hands on shark research and shark conservation at Guadalupe Island. Shark Diving For Everyone is our commitment to showcase the incredible world of white sharks with a combination of 22 years of cage diving experience, a cage system designed exclusively for non divers, top notch shark staff and cage diving crews with years of hands on shark experience. We have been cage diving and naming many of the white sharks you’ll be diving with this year. From the incredible 19+ foot Deep Blue, most likely the largest great white shark in the Pacific, to many of our regular white sharks like Scarboard, Lucy, and Mau. These amazing animals have become more than just whites sharks to us as we encounter them year after year – we met Scarboard 16 years ago – they have become our sharky friends. Join us!