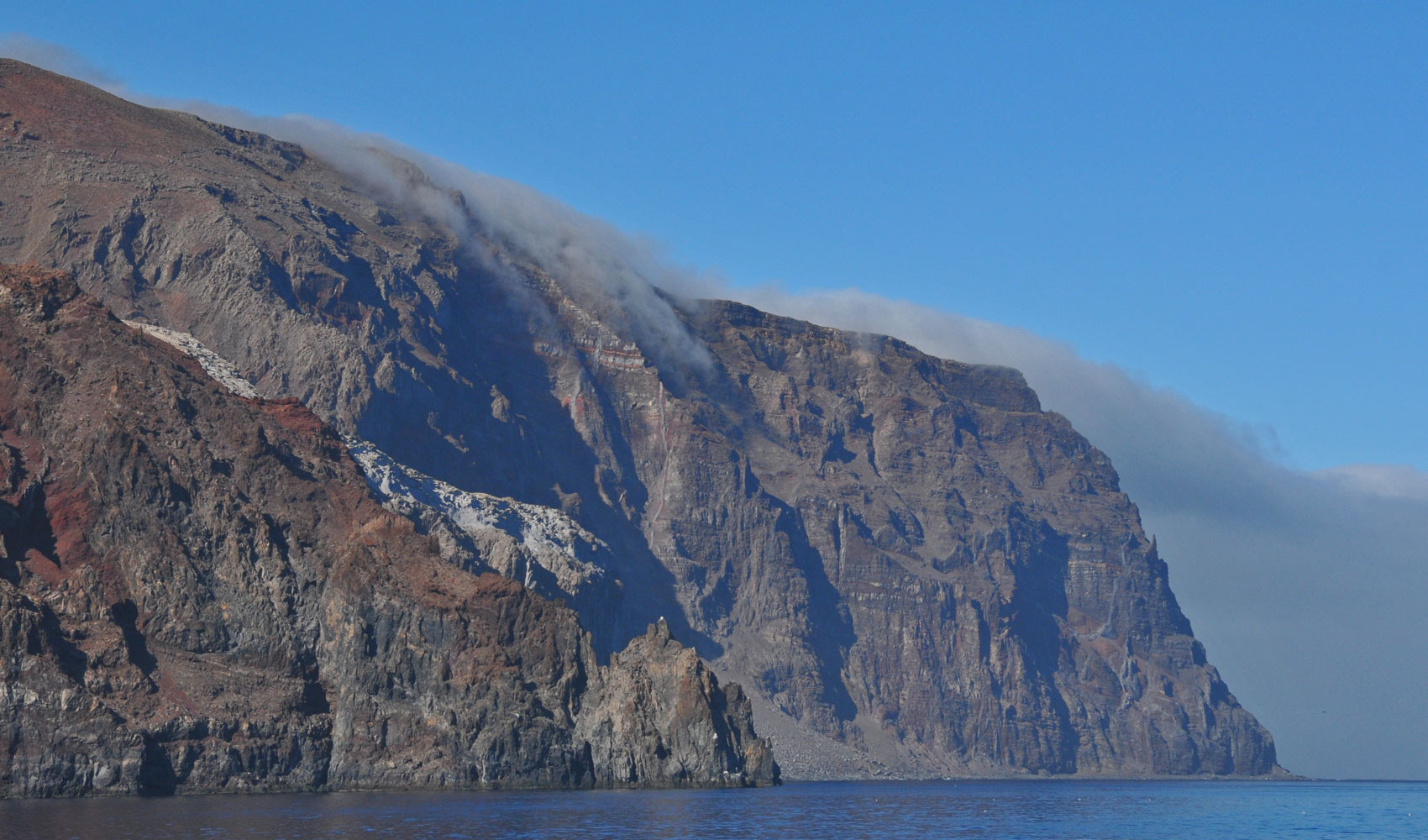 Shark cage divers from around the globe flock to Isla Guadalupe but before you book your next bucket list cage diving adventure, here’s some pre trip information. Guadalupe Island has a rugged landscape with numerous shield volcanoes. The island measures 35 km (22 mi) north-south and up to 9.5 km (5.9 mi) east-west, with a total area of 244 km2 (94 sq mi).

There are also some islets off the coast of Guadalupe Island, such as Islote Afuera and Islote Adentro.

Guadalupe Island was a major destination for Russian and American fur hunters seeking the Guadalupe fur seal in the 18th and 19th centuries, until they were nearly extinct by 1844. The northern elephant seal was also hunted for the oil in its blubber, but managed to survive and the seals remain today.

Goats were brought to Guadalupe Island in the 19th century by European whalers and sealers for provisions when stopping over. Their numbers have fluctuated over the years, peaking at 100,000 and in more recent times being about 20,000.

The island has been a nature conservancy area since 1928, making it one of the oldest reserves in Mexico. In 2000 great white sharks were “discovered” here by the MV Horizon and thus began the modern history of cage diving here.

The Guadalupe Island has two major climate zones: a very arid, semi-hot climate between 0–800 m (0–2,625 ft) elevation, with mean annual temperature between 18–22 °C (64–72 °F) and a very arid, temperate climate above 800 m (2,600 ft) elevation with temperatures over 22 °C (72 °F) in the hottest month of the year. The weather station is at a low elevation, and temperatures may be more than ten degrees Fahrenheit colder at the higher elevations of the island. Most precipitation occurs over the winter months with strong influence of northwestern winds and cyclones. Rainfall averages 133 mm (5.2 in) near sea level at the south end but appears to be much more at the higher northern end.

With about 200 people in 50 buildings, Campo Oeste (“West Camp”) is by far the largest settlement on the island. It is a fishing community which is connected by a dirt road to the rest of the island. Additional temporary fishing camps are Campo Norte (“North Camp”, four buildings), Campo Lima (Campo Corrals) (one building) and Arroyitos (four buildings). An abandoned fishing community, Campo Este (“East Camp”), sits near a cove on the eastern shore.

At the southern tip, on Melpómene Cove, there is a weather station staffed by a detachment from the Mexican Ministry of the Navy. The site is called Campamento Sur (“South Encampment”). Campo Bosque was established in the cypress forest in the north and houses members of a cooperative farming society which removes goats from the island and sells them in the State of Sonora. Campo Pista is located at the small airport, near the center of the island.

Guadalupe Island shares the California chaparral and woodlands ecoregion with the Channel Islands of California in the United States, but the island was at one time practically denuded of all plants higher than a few centimeters by up to 100,000 feral goats. The goats have continued to be a problem, and their destruction of vegetation has caused desertification on the island. In more recent years, much of this has been prevented with goat fence installation, and the island is recovering.

The goat population was completely eradicated by 2007 due to the activities of a Group for Ecology and Island Conservation NGO, and the vegetation has started to recover. Measures have also been taken to control the populations of wild cats and dogs, which has been of benefit to the island’s birds.

Many island or marine species that reside on or near Guadalupe Island also frequent the Channel Islands, and vice versa. In stark contrast to the rampant extinction of terrestrial life that happened at the same time, Guadalupe has been the last refuge for the northern elephant seal and the Guadalupe fur seal since the 1890s. The island has been a pinniped sanctuary since 1975, creating a large pinniped population – therefore, Guadalupe Island is now one of the best spots in the world for sightings of the great white shark.