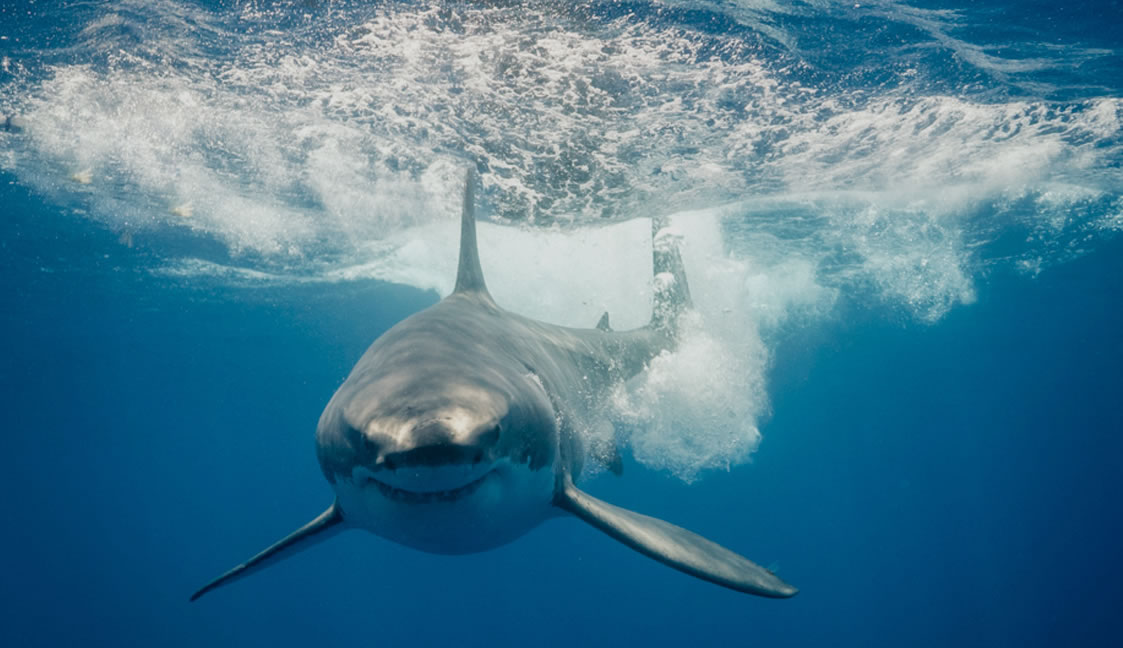 Should You Go Cage Diving at Guadalupe Island Mexico? | Advice

Should You Go Cage Diving at Guadalupe Island Mexico? | Advice

On the other side of the argument, responsible shark cage diving operators like America’s Shark Boat, argue that, because great white sharks are migratory instead of “resident” in an area, they are not around cage diving boats regularly enough to become habituated – and this is 100% true. Cage diving boats chum the water with whole tuna heads to catch the attention of curious sharks, and we have catching their FULL attention at Guadalupe Island in Mexico since 2000.

The mighty great white shark (Carcharodon carcharias) is often mistakenly thought of as the most voracious predator of the seas, and even has a reputation as a ferocious man-eater, something that sadly has been hugely exaggerated by the media. Their powerful body is supported by a cartilaginous skeleton (as opposed to the bone skeleton of most other vertebrates), is streamlined for efficient movement through the water, and has a pointed snout, two large, sickle-shaped pectoral fins and a large triangular first dorsal fin. The mouth is armed with an array of sharply pointed, serrated teeth; indeed the generic name is derived from the Greek word carcharos for ragged and odon for tooth.

In 2000 America’s Shark Boat first dropped anchor and cages at Guadalupe Island in the hopes of seeing a single white shark, at the end of the that first day they had encountered over 10 different animals and the shark diving world changed forever. Guadalupe Island (Isla Guadalupe) is a mysterious volcanic island located 150 statute miles off the west coast of Mexico’s Baja California peninsula and about 250 miles southwest of Ensenada. The island is 35 km long and 9.5 km wide. The climate is warm and dry and gets most its precipitation during the winter months.

The rough, rugged landscape of Guadalupe Island was formed from two ancient volcanoes and a volcanic ridge that rises to over 4,000 feet above sea level. The island is inhabited by a handful of fishermen from a fishing cooperative who live in a small camp on the south end of the island. There is also said to be an abandoned fishing community on the east side of the island. They mainly fish for abalone, lobster and sea cucumbers. There is a small airport located in the center of the island that is seldom used.

On America’s Shark Boat you’ll save $200 off any 2019 white shark dive charter with us. We have been pioneering shark diving on the West coast and are a trusted name in scuba diving since 1971. First to discover and explore Isla Guadalupe white sharks in 1999. Specializing in scuba adventures, spearfishing charters, white shark diving and specialized marine biology trips up to 14 days in length. Let’s go shark diving!