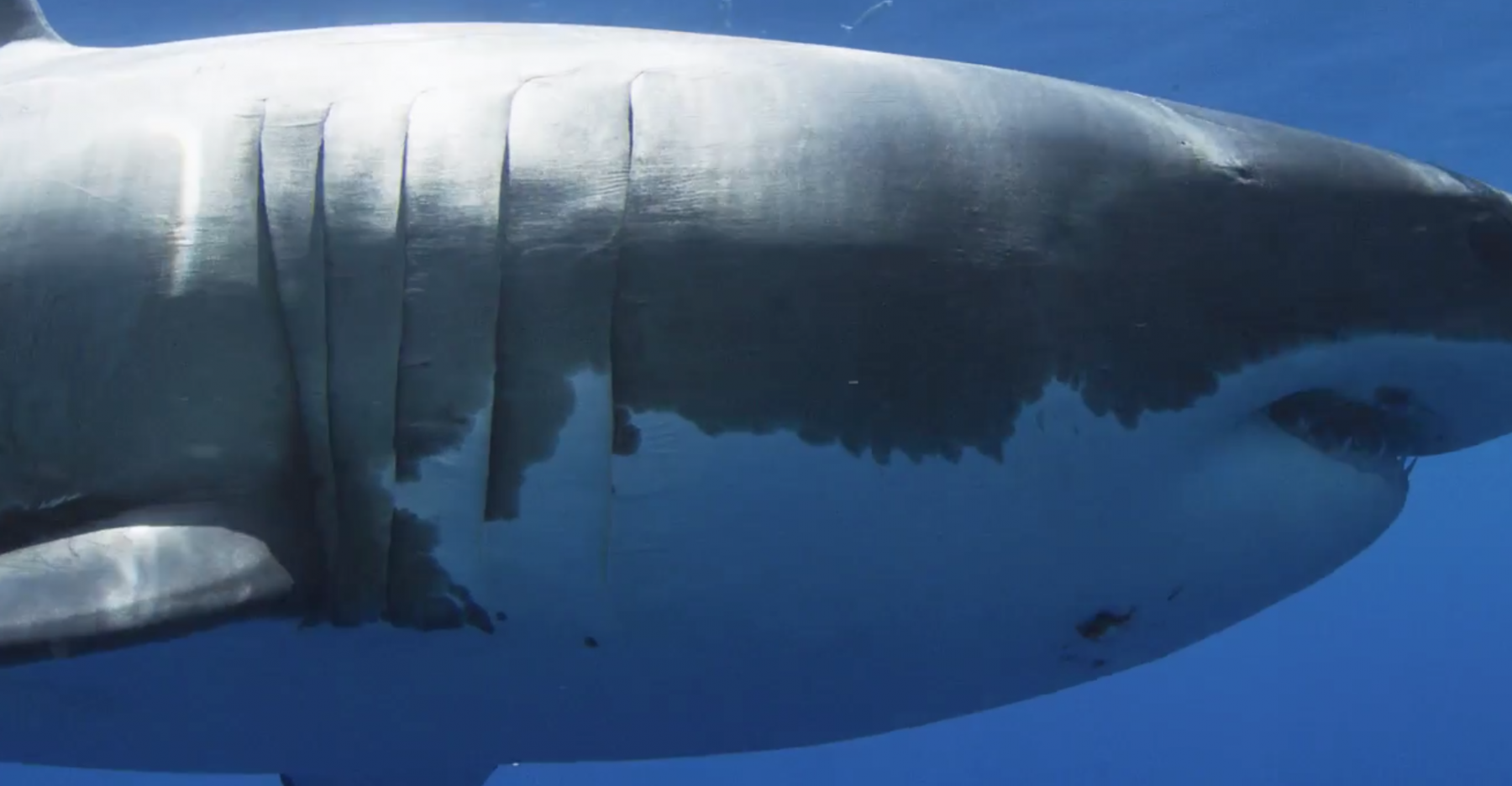 Deep Blue Shows Up In Oahu And The Internet Breaks…Completely

“Deep Blue” was initially spotted in 2013 at Guadalupe Island and named by the shark crews from the MV Horizon while filming with Shark Week. This week she was spotted feeding on a sperm whale carcass 20 miles off Oahu’s south shore and the images and videos have broken the Internet. The sighting of Deep Blue off Oahu was remarkable because the handful of previous sightings were documented 2,600 miles away at Guadalupe Island off Mexico’s Baja California peninsula.

How Old Is Deep Blue and Why Is She So Big?

It’s likely that Deep Blue became so big simply because of her age, estimated at 60+ years old she’s a strikingly massive great white shark, one of the largest ever documented. After being discovered in 2013 and tagged during filming with Shark Week on the MV Horizon, Deep Blue has been quite elusive in the years since.

Cage diving, or shark diving with the great white shark, is on everyone’s bucket list and is as thrilling as it gets. At Guadalupe Island aboard America’s Shark Boat this once in a lifetime adventure is for everyone, certified divers and non-certified divers alike. Since 2000 when we first discovered Isla Guadalupe white sharks it has become known as THE best place in the world to cage dive with great white sharks offering up great visibility often to over a 100ft, warm water 65-70F and most importantly a 100% success rate.