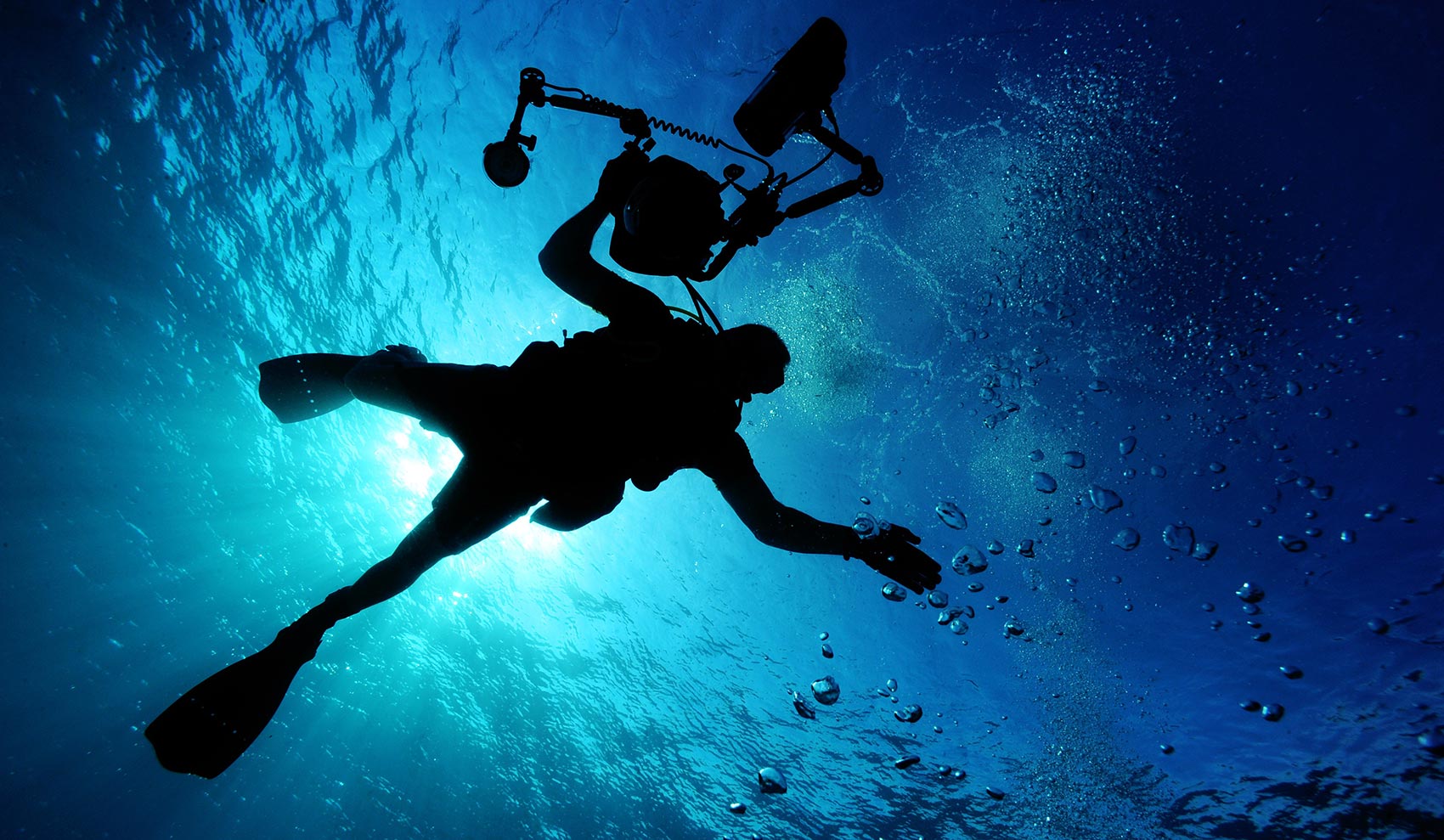 2023 Production Update: Discovery Shark Week are in the process of green lighting productions for Guadalupe Island.We have reserved THE BEST times to be at Guadalupe Island for shark productions November 26-1 and December 2-7 during the Time of the Titans. These are exclusive production charters to Guadalupe when the biggest Jurassic sized sharks of the season (18-22 feet) prowl the island – call today!

BEFORE you choose any boat departing from Mexico choose us. We are based in San Diego (vessel departs from California), can handle multiple film crews (shoot three productions over one trip), have film permits, and have years of experience with Discovery Productions. Call us at 619-816-1225.

Working with the awesome crew from Hazmat Productions our vessel and team helped support two great shows this year!

Jaws vs Kraken – something shocking is happening in the abyss around Guadalupe Island. Photos of great whites with strange scars believed to be from giant squids have surfaced. Dr. Tristan Guttridge leads a mission to get a glimpse into the battles between the two beasts.

Mission Shark Dome – a team of shark experts uses new dive technology to get closer to sharks than ever before. Dr. Austin Gallagher and Andre Musgrove enter the Shark Dome to allow them to dive without noisy scuba equipment to locate an elusive great white pupping zone.

It’s no surprise that a productions company we hosted in 2019 and 2020 at Guadalupe Island won an emmy last night for their educational documentary on great white sharks called Great White Shift. Winning TWO Emmy’s was the big surprise. Congratulations team!

About The MV Horizon

There’s a reason why film and tv productions from the BBC, to Discovery’s Shark Week, choose America’s Shark Boat the MV Horizon for unique shark projects and Pacific ocean destination vessel support. As a US flagged vessel we have a higher standard for vessel support, and our professional crews ensure you stay on budget and get the shots you need. Our services range from pre-production project planning to onscene technical and logistical support and beyond. We depart directly from San Diego to Guadalupe Island for ease of production support and logistics.

We have been the primary vessel and crew support for REMUS Woods Hole Oceanographic Institution underwater drone technology for two years running at Guadalupe Island for Discovery’s Channel Shark Week. This groundbreaking study revealed, for the first time, underwater predation strategies for great white sharks at Guadalupe Island. The MV Horizon is currently involved in productions in the Sea of Cortez, Guadalupe Island, and beyond.The REMUS 6000 is an innovative, versatile research tool designed to operate in depths ranging from 25 meters (82 feet) to 6,000 meters (19,685 feet or 3.73 miles), allowing for a wide range of autonomous operations – including tracking great white sharks in the wild at Isla Guadalupe.

Below is a short list of research teams, production companies, and individuals that have spent time aboard ship with us working on various projects. America’s Shark Boat. Trusted. Tested. Valued.

Peter Kragh is one of the most respected wildlife cameramen specializing in the marine environment at Guadalupe island. With two Emmys to his credit and award winning underwater productions with BBC Planet Earth and Life, Nat Geo Secret Life of Predators and Imax films Journey to the South Pacific, Under The Sea 3D, and Deep Sea 3D and many more.

Peter has spent more than 75 days over the past 15 years shooting great white sharks at Guadalupe with an extensive library of B-roll for any production need. We highly recommend you reach out to Peter and his team for pre production, RED camera, and white shark B-roll at Guadalupe Island. Call him today at 619-248-4677

Call us today to discuss your next film and tv project. We’re staffed by a seasoned shark and marine science crew, and competitive on vessel charter pricing. All our white shark charters depart from San Diego to Isla Guadalupe direct. At 619-881-7561.