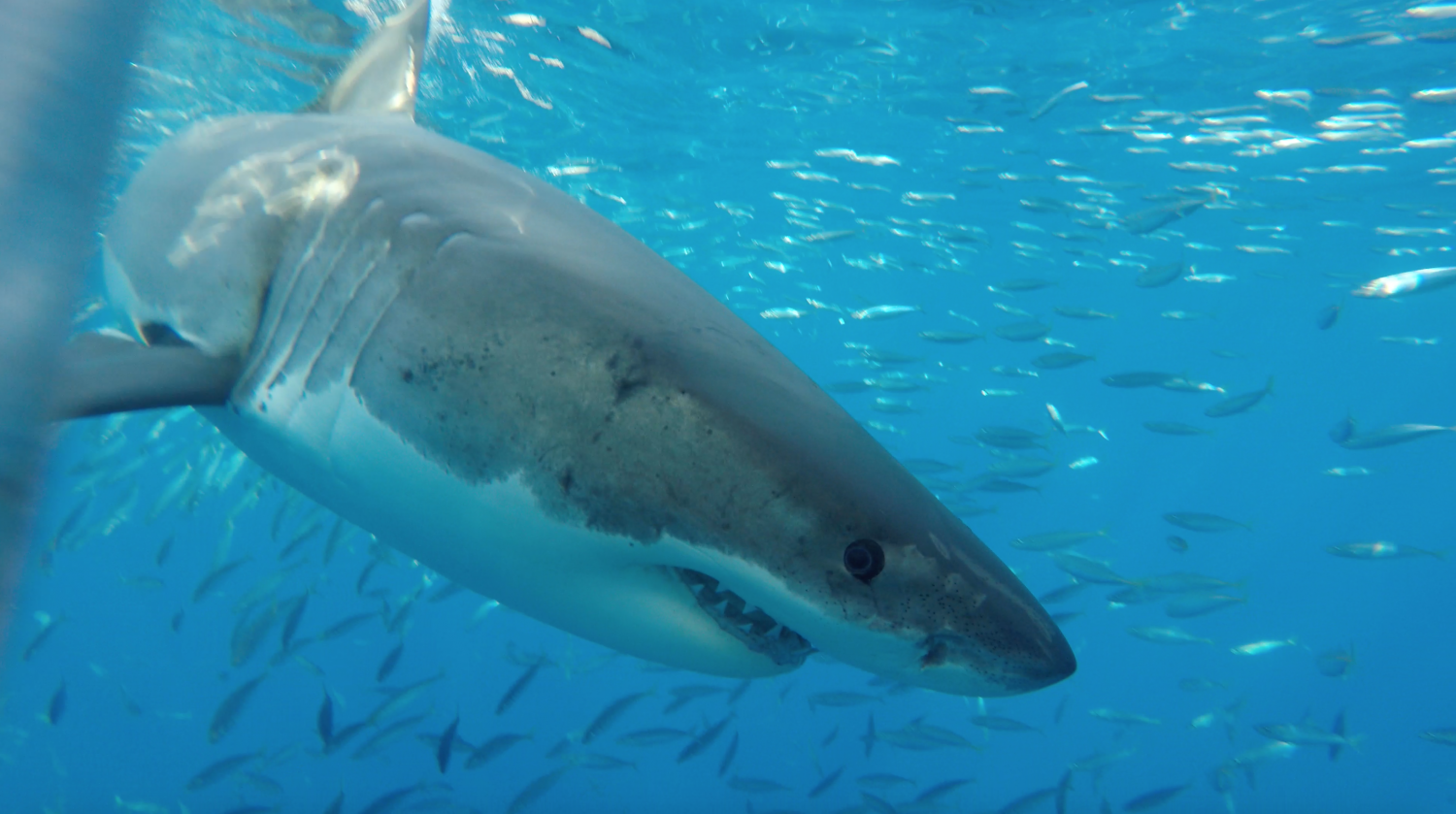 Cage diving with great white sharks has become a global phenomenon. Divers come from around the globe to California to join America’s Shark Boat to Guadalupe island where white sharks group and forage around Guadalupe Island from June through to November every year. Unlike other well known sites such as South Africa, Australia and New Zealand, the waters surrounding Guadalupe Island were practically crystal clear, with visibility typically ranging from an incredible 80-200 feet. Making Guadalupe white shark heaven for divers!

It’s easy for even novice divers and underwater photographers get good white shark photographs and video, observe white shark behaviour, and to see how the shark tourism here is managed by professionally crewed shark boats. Novice underwater photographers have been choosing America’s Shark Boat and the location at Guadalupe Island not only for the likelihood of sharks in good numbers, but also for the assurance of responsible shark diving operations. Restrictions are in place for the number of boats (just eight) allowed on site at any one time and daily visits from fisheries scientists (who come aboard to ensure you are observing good diving practices) are routine.

Throughout your white shark cage dives on America’s Shark Boat you’ll see lesser-seen behavioural interactions between the sharks. For example, when two sharks approach each other head on, the smaller one most often gives way. If they are positioned side-on, they size each other up, and usually the smaller and less dominant individual veers off. Male white shark dominance and threat displays can been seen by our shark cage divers all season long but mostly from June through October.

Guadalupe Island Shark Diving For Everyone

America’s Shark Boat anchors in the north-east bay of Guadalupe Island in the shallowest area, with depths of around 200 feet. Our cage systems float at the surface and have been specially designed for non certified divers. The rest of the island drops off to depths in excess of 5000 feet. The warmer southern currents and the northern upwelling mean that a stack of nutrients enrich the body of water surrounding the island, as well as there being an abundance of pelagic fish species. The island serves as a haul-out and pupping site for the northern elephant seal, the Guadalupe fur seal and the California sea lion – favorite prey of the great white shark.

In 2000 America’s Shark Boat pioneered cage diving at Guadalupe Island with a focus on non divers. We will be celebrating our 19th shark diving season next year. Join us and discover safety, value, and great white shark cage diving from California. Let’s dive!