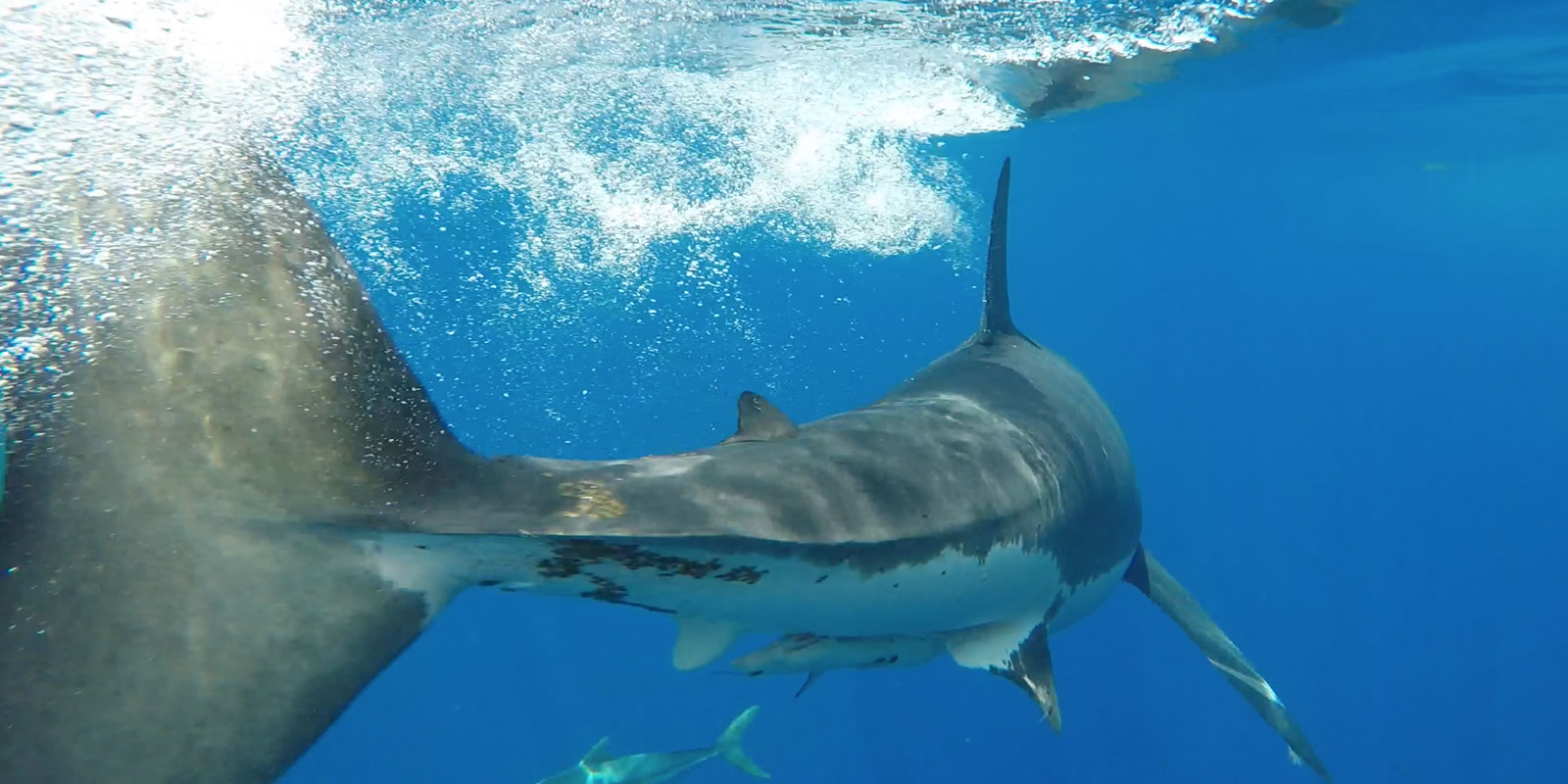 Discovery announced that Shark Week 2019 will kick off Sunday, July 25. As in previous years, the FINTASTIC shark programming will last for eight wonderful shark filled days. This shark year marks the 31st installment of the annual franchise, which features all sorts of shark-centric specials that aim to educate about the powerful predators of the sea while clearing up misconceptions.

Dive With The Stars of Shark Week at Guadalupe Island

As you can see below, America’s Shark Boat released our first promo video for Shark Week, featuring one of Guadalupe’s most famous white sharks the 16 foot “Sarah.” This August-November is YOUR chance to get close to this super shark and experience what it is like to really live Shark Week!

Just because the Discovery Channel only has one week of programming doesn’t mean you can’t jump in a shark cage and live the dream! With America’s Shark Boat as your guide, you can go cage diving off the coast of Baja at Guadalupe Island with great white sharks from August – November. We’ll put you up close and personal with sharks this year for less than you imagined so you can ACTUALLY live Shark Week after you watch Shark Week this year! Let’s dive!