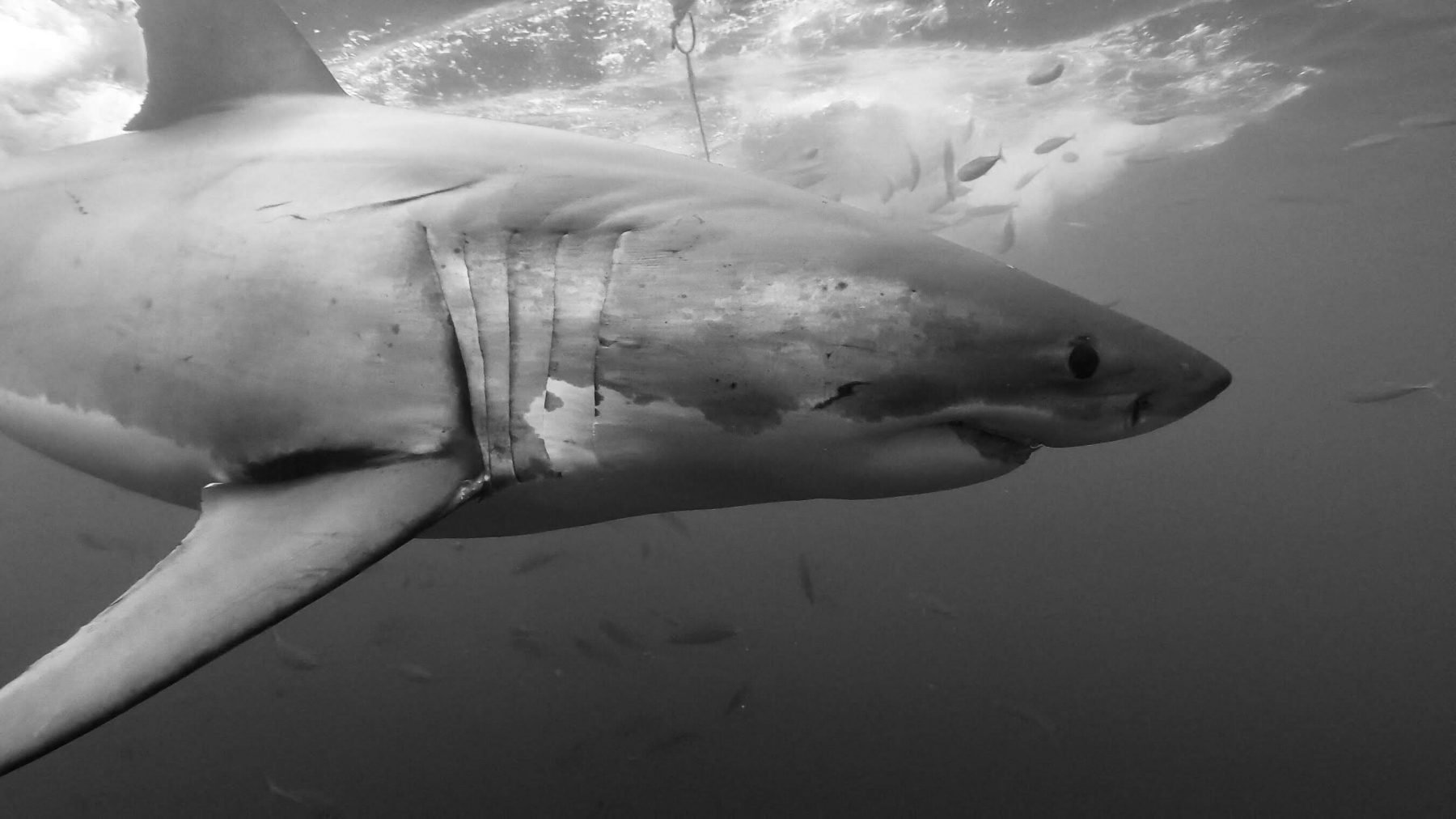 Guadalupe Island, or Isla Guadalupe, has a long a storied history that’s not all great white sharks. It is a small volcanic island located 210 miles off the west coast of  San Diego in Mexico. It’s large population of seals attracts huge numbers of great white sharks to feed each year on a yearly migration that takes them to Hawaii and the entire coast of Mexico, California, and Oregon.

Guadalupe Island remains the best destination in the world for cage diving with great white sharks. Guadalupe Island shark boats are the only way to dive here, and America’s Shark Boat is available in the between the months of August to December when the white sharks and encounters are at their peak.

About the Great White Shark

The great white shark (Carcharodon carcharias), also known as the great white, white shark or white pointer, is a species of large mackerel shark which can be found in the coastal surface waters of all the major oceans. They come here seasonally to feed on elephant seals, sea lions, and Guadalupe fur seals that can be seen on land or occasionally in the water. Wide ranging predators, these Pacific white sharks are well known to us after 21 years, and most are named and catalogued.  It’s not uncommon for shark divers to encounter six or eight great whites in the water on a single dive, come prepared for white shark adventure because Guadalupe delivers. Let’s dive!