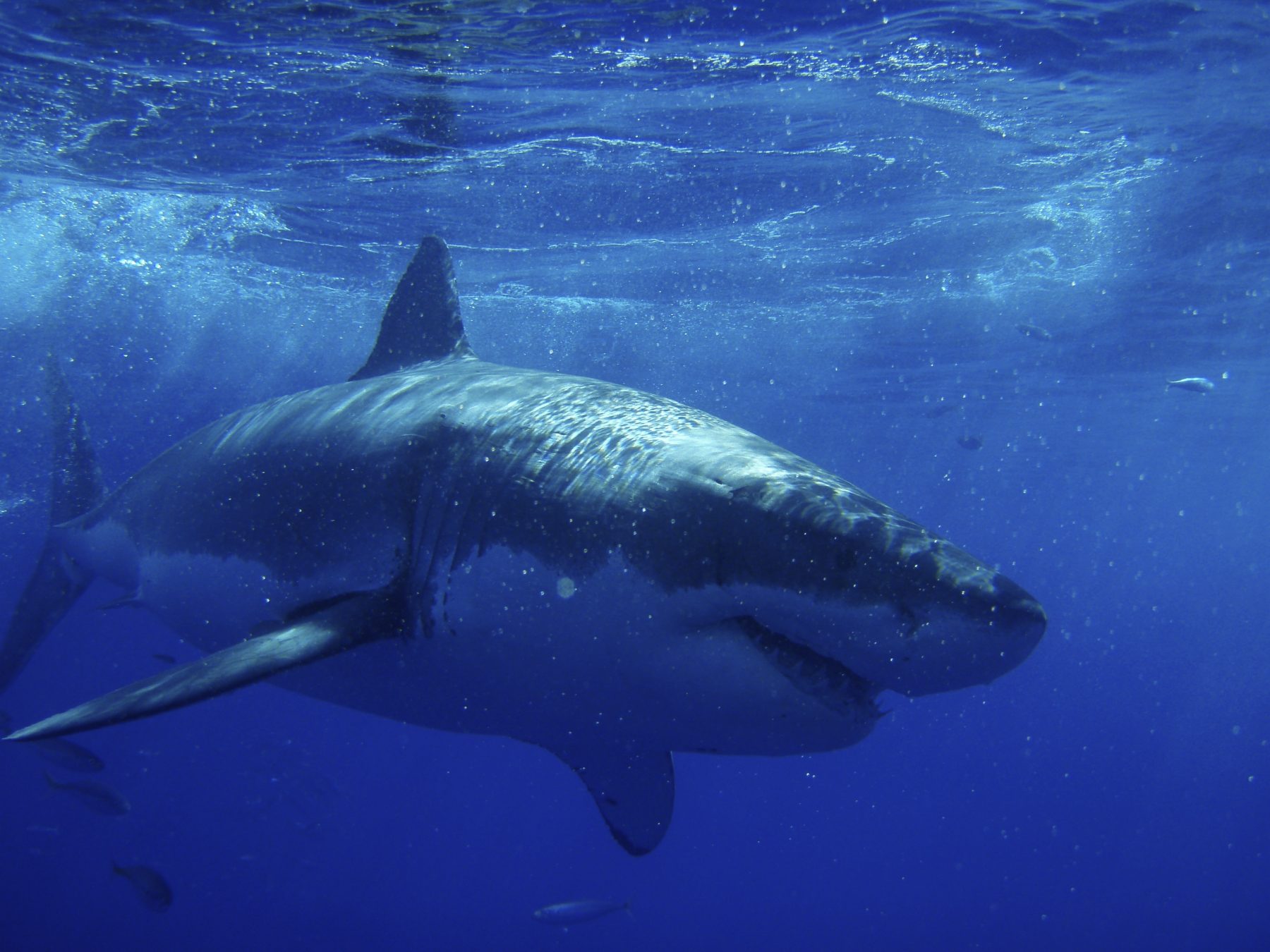 We have compiled a simple list of the world’s 5 best destinations for shark diving so you’ll never run out of places to get your shark on. Cage diving or swimming with sharks is the best scuba adventure you can get, no matter what the species you choose to encounter. At some of the planet’s hottest shark spots, you can also indulge in pulse-racing topside thrills (Guadalupe island top side shark watching) to keep your heart rate up between dives.

For adrenaline junkies and even first time shark divers who want the ultimate big-animal shark encounter, Guadalupe Island — a liveaboard trip from San Diego, California aboard America’s Shark Boat is the world’s best place to get a cage-side view of great white sharks in action. For the past 19 years Horizon Charters has been thrilling divers and creating new shark divers one exciting shark trip at a time. Aug-November each year.

Southern California has one of the best spots to catch a glimpse of blazing-fast shortfin mako sharks. These open-ocean hunters follow their food to the San Diego coast from June to November; divers often spot them alongside. Here you get the chance to go sans cage with both of these beautiful pelagic predators at one time. San Diego is also home to one of the most picturesque coastlines in the country.

For underwater photographers and adventurers who are keen to get up close and personal with tiger sharks, there’s one place that’s on everyone’s bucket list. Tiger Beach in the Bahamas is a shallow sand flat where divers not only get within touching distance of multiple tiger sharks, but also Caribbean reefs, lemons and occasional hammerheads that join the scrum.

The original home of great-white cage diving can be found in one of the wildest corners of the ocean. The southern sea of South Africa is a hotbed of shark activity, where apex predators cruise the temperamental waters for abundant local fur seals. Set out from Gansbaai for an undersea safari you’ll never forget when you slip into a cage alongside toothed behemoths the size of school buses. Those watching the experience from the boat won’t be disappointed, as the deck provides an all-around view of the sharks as they circle and descend. And then experience a topside safari in the famed Kruger National Park, where you have incredible odds of first hand encounters with the Big Five: lions, leopards, rhinos, elephants and buffalo.

Slip into a cage to hang with resident bull sharks right in the marina of the Bimini Big Game Club. The original island in the stream (the Gulf Stream, that is) also makes the perfect jumping-off point for marlin fishing and dolphin encounters.